I recently acquired some fun new toys, the first of which is a motorized telescope mount that’s popular among time-lapse enthusiasts.  Time-lapse movies are usually fairly static, but this makes it possible to introduce movement such as panning shots.

I’ve been using it to create panoramic time-lapse movies.  Here’s my first attempt, shot from a hillside near my house (it looks best full-screen at 720p or 1080p):

The camera snapped an image every five seconds while the motorized mount slowly rotated, making a single rotation in 90 minutes.  I assembled the images into this panoramic movie, in which each “pane” is actually the same movie, slightly offset in time.  The panes combine to make a single 360-degree view.

I shot this next movie on a Friday night in front of a busy cafe in the Mission:

For this I used a neutral density filter and shot 2-second exposures at roughly 5-second intervals, as I wanted people and passing cars to blur out a bit.  The camera made two full rotations in two hours.

The camera is a Canon G12 with CHDK installed (a firmware replacement for Canon cameras that enables features such as a programmable intervalometer). The rig: 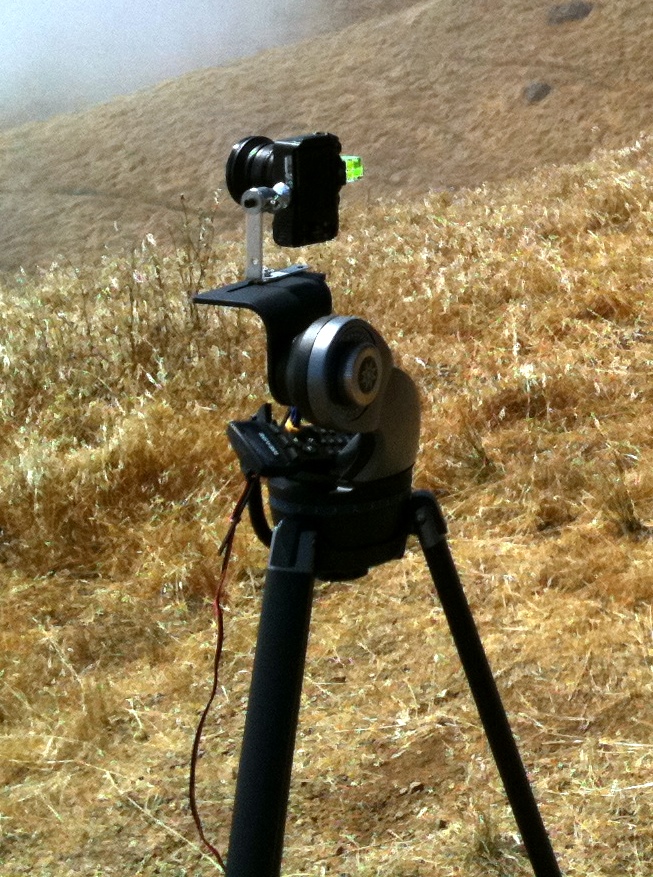 I think it’s an interesting technique for capturing broad landscapes as well as the street-level activity of crowds.  More experiments to come…

Some of my previous time-lapse projects:

This entry was posted in Pan-Lapse, Time-Lapse and tagged panoramic. Bookmark the permalink.