This is the first in a series of “advertorial” pieces that I’m writing for a Radio Shack campaign, appearing as two-page spreads in Popular Mechanics over the next few months. The first one is just hitting newsstands now, and is based on a familiar subject (click to make it huge): 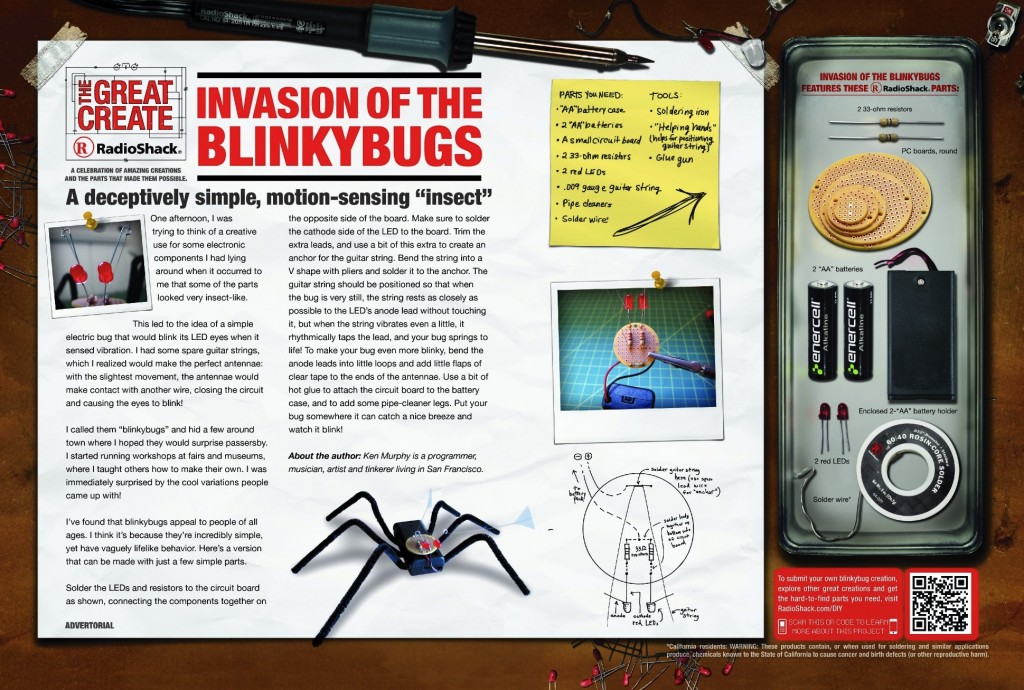 Future pieces will be about other DIY projects, as well as on cool, geeky groups of people doing interesting things. So far it’s been a really fun project to work on, and I think it’s good that Radio Shack is trying to reconnect with its DIY roots.

As part of the same campaign, I’ll also be appearing in some online videos, talking about projects like these along with my friend Meredith. These should be out within the next couple months.

This entry was posted in Blinkybugs, Media and tagged advertising, writing. Bookmark the permalink.

4 Responses to Blinkybugs in Popular Mechanics